A Brief History of Trinity

From its original inception, as a small study group that was outreach from Government Street Presbyterian Church pavilion overlooking Mobile Bay in 1904, Trinity Presbyterian Church has nurtured the faith and growth of area residents for over one hundred years. 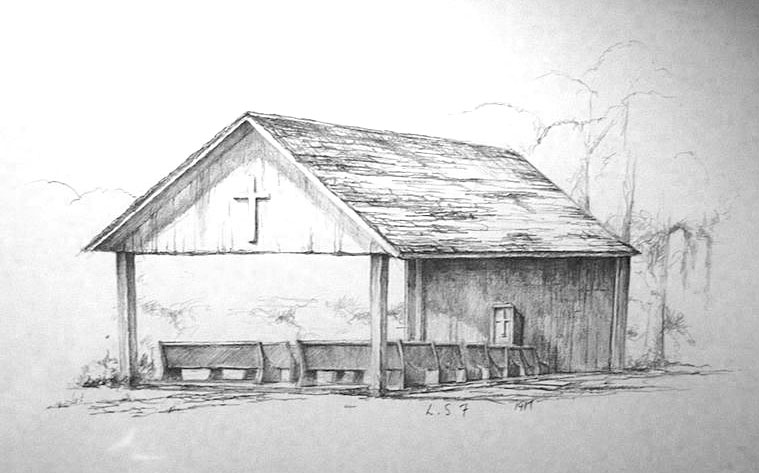 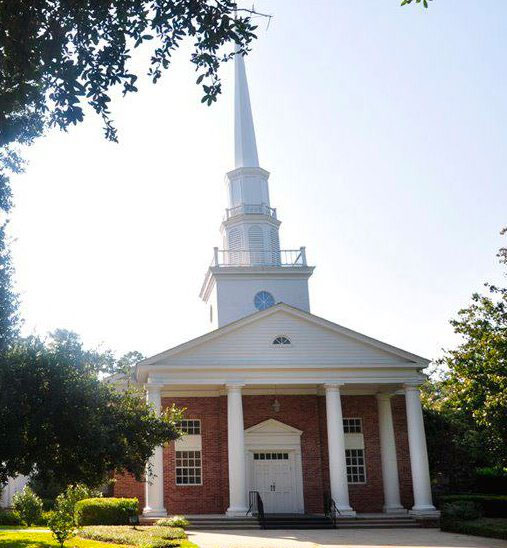 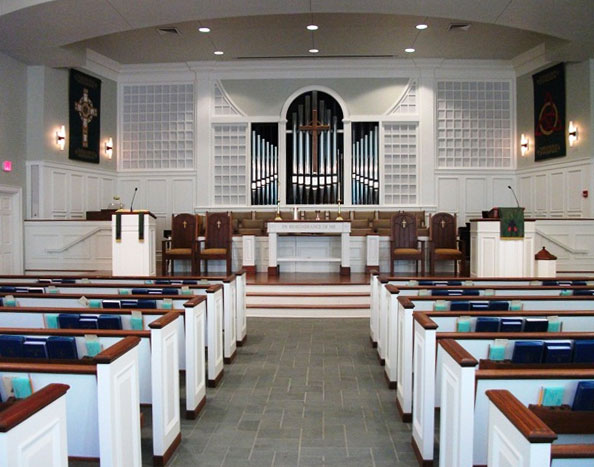 This group originally met in the homes of various members of the study group. As the summers progressed, the group grew larger and the needs more varied. In 1919 the Alethea Cobbs Bible Class firmly established the Presbyterian faith on the Eastern Shore when it began meeting in an open-air tabernacle located on Mobile Street and Fig Avenue in Fairhope. Then, in April 1954, forty-four charter members and the Mobile Presbytery organized Trinity Presbyterian Church as a separate congregation. Trinity purchased the property where it is now located and was received into the Presbytery of Mobile.

The first open-air tabernacle continued to serve as a meeting place for families who visited each summer. As the town of Fairhope and surrounding areas prospered, so did the church’s fellowship. Trinity’s first pastor was Charles L. Smith, Director of Church Extension from the Mobile Presbytery, who served as an Interim Minister. In 1954, John M. Reagan, Jr. became the church’s pastor and served until 1956. In 1966, an Education Building was constructed. This was done to provide room for fellowship and a place for sharing the Presbyterian faith with interested persons.

In 1972, again to meet the needs of a growing congregation, the sanctuary was dedicated. In 1988, the present Christian Education Building and a remodeled Fellowship Hall were dedicated. Since the time that Fairhope was a small new town, Trinity Presbyterian Church has remained a peaceful and graceful landmark overlooking Mobile Bay.

In late 1997 plans were made for more Sunday School classrooms, a larger Fellowship Hall and Kitchen. On June 27, 1999 we celebrated the forty-fifth anniversary of the church and the dedication of Trinity Hall. Later that same year, remodeling of the former Fellowship Hall and office facilities improved administration space and choir rooms.

Yet the growth of the church did not just occur. The decision-making entities of Trinity through the years, the Session and the once-existing Diaconate, have always consisted of conscientious, community and spiritually-minded individuals. Throughout the history of Fairhope, many of the men and women who have been its leaders have also been part of the strong, quiet strength that has guided Trinity to the place of prominence it enjoys today. Throughout the years, members of Trinity have been called to work in the growth of the Church, to foster Christianity, and to help make the surrounding community a warm and inviting place to live.

Time to build again! After much prayer and preparation, in 2009 the Session decided to move forward with a renovation of the Sanctuary and the installation of our pipe organ. While the plans called for a complete renovation of the existing space, we did not do an expansion of the Sanctuary, but we have a beautiful and functional worship space within the existing footprint of the building.

Within the same neighborhood block of the Trinity main campus, church property now includes vacant lots for additional and future parking needs and a house that was renovated, through Habitat for Humanity, and now serves as temporary housing for Family Promise. Trinity Hall is approximately 10,000 square feet, with bathrooms, a large dining area, and a well-equipped kitchen downstairs. Upstairs Trinity Hall is the primary space for Sunday School classes for those middle school age through adult. The Christian Education Building (downstairs) houses infant, toddler, and early childhood nurseries and Sunday School, Children’s Church classrooms, and a beautiful Children’s Library.

The members of Trinity Presbyterian Church look forward to growing with and nurturing the residents of Fairhope and the Eastern Shore for many years to come.

Trinity Presbyterian Church is a community marked by faith in Jesus Christ, called to love one another, and sent to bring hope to the world.

Services Start at 8am and 10am Every Sunday